Dar es Salaam generates approximately 400 tonnes of plastic waste each day. On the northern fringe of the city, the village of Kunduchi suffers under the weight of massive amounts of plastic waste and lacks the facilities to cope with it. 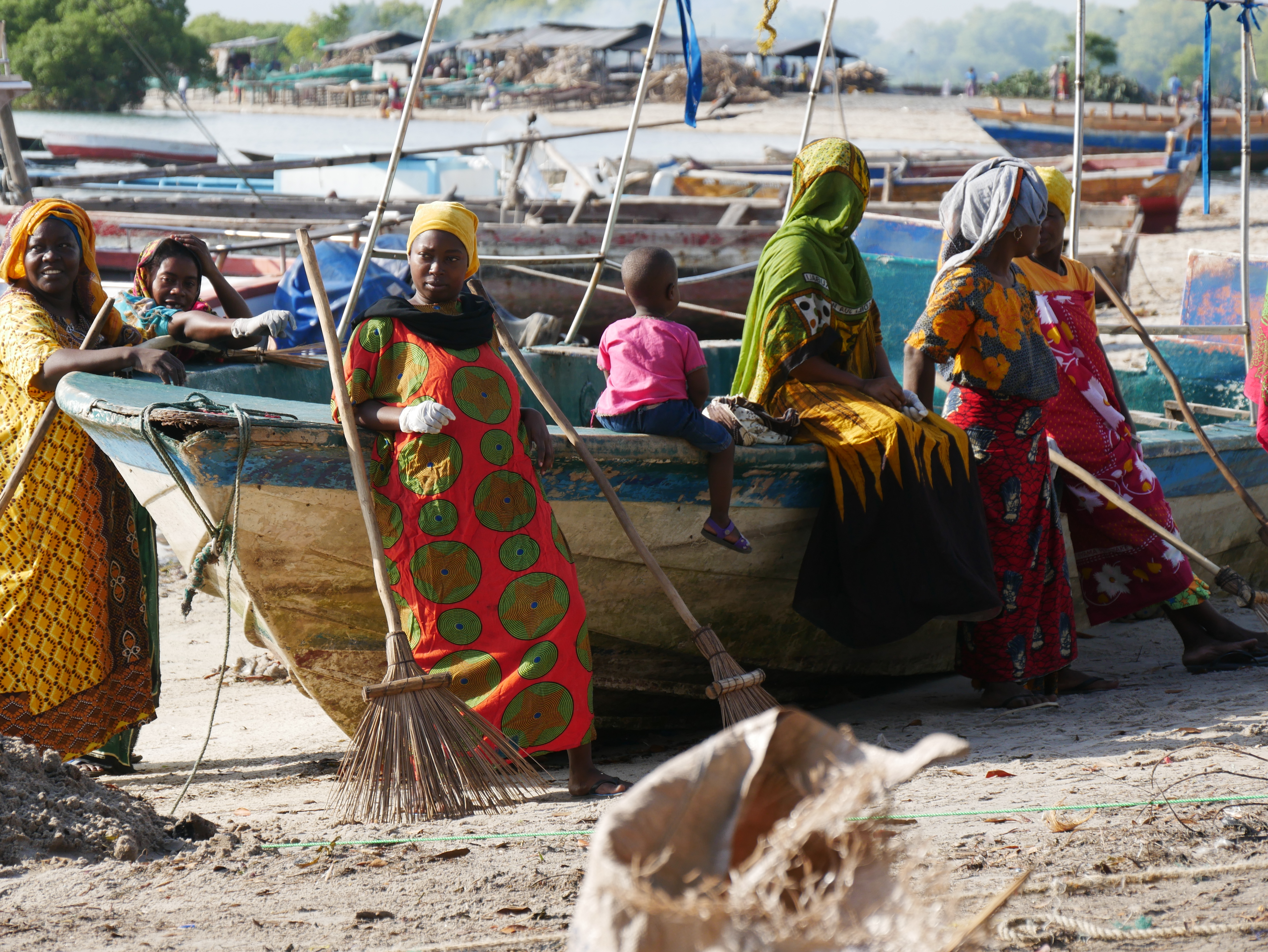 How plastic waste is affecting Kunduchi

Waste is a major environmental and health concern in Kunduchi. The fishermen in the community live off the ocean, but their livelihoods and the health of their families could be threatened by the amount of plastic rubbish that makes its way into the water.

To address the problem, help2kids teamed up with Nipe Fagio, a local organization working towards a cleaner and safer city through community education and clean ups.

Carlos from Nipe Fagio paid a visit to our English Corner one afternoon to talk about the problems plastic can cause when it makes its way into the environment, and also some of the ways people can reduce or reuse waste. Raising awareness is an important step towards coming up with solutions to the problem. 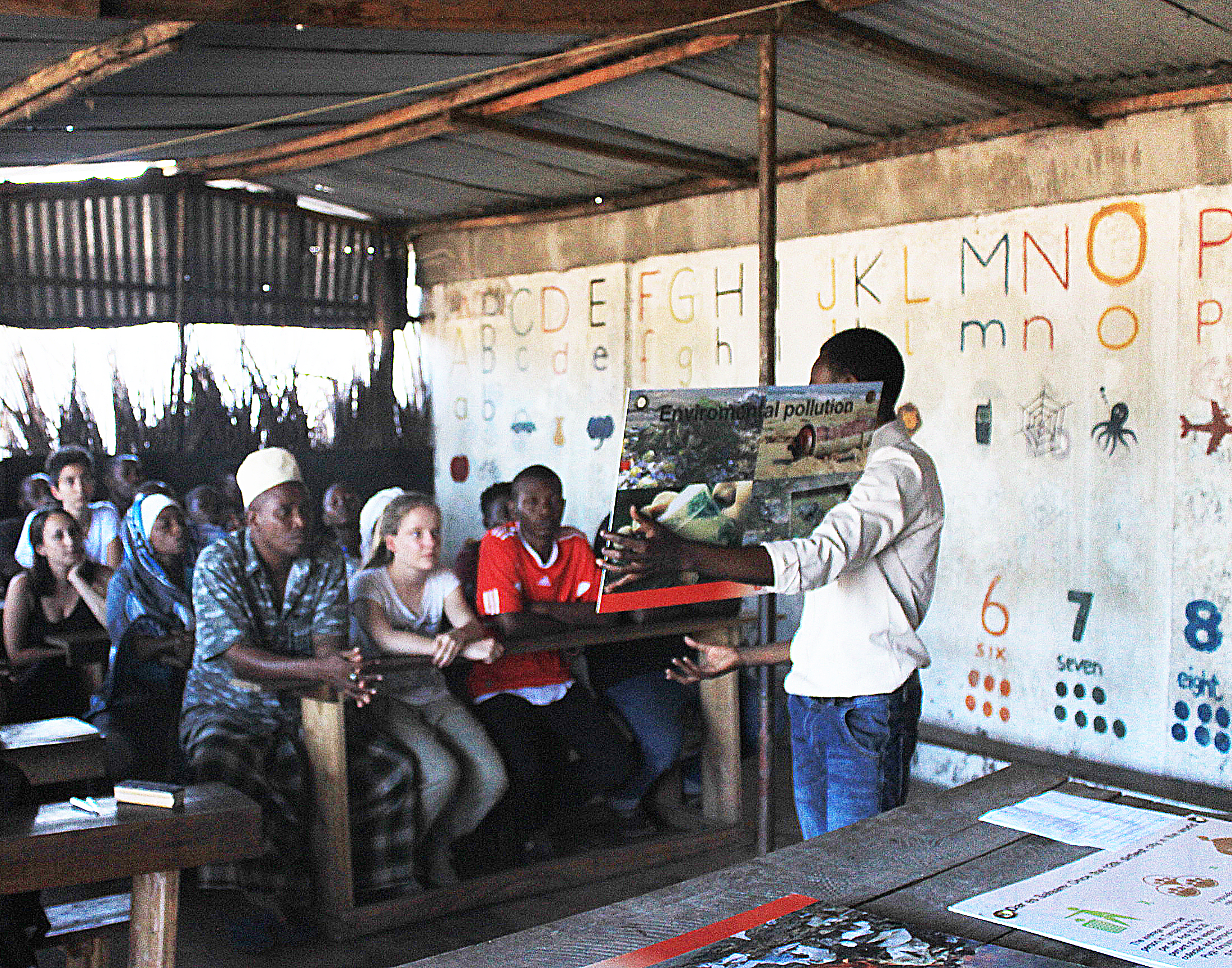 The turnout from the community was great. We were excited to see a genuine passion to take on this problem.

Two days later, help2kids organised a community clean up. As well as help2kids and Nipe Fagio team members and volunteers, dozens of men and women from Kunduchi turned up at 7am to pick up as much plastic rubbish as possible. Together, everyone filled up more than 10 large sacks of rubbish, which were collected by the garbage truck the same day.

Locals’ thoughts on the problem of waste in Kunduchi

Among the people helping clean up were several of our English Corner students. Twins Hassan and Hussein showed their support for the project. ‘It’s good to try and make our home a better place’, said Hassan. 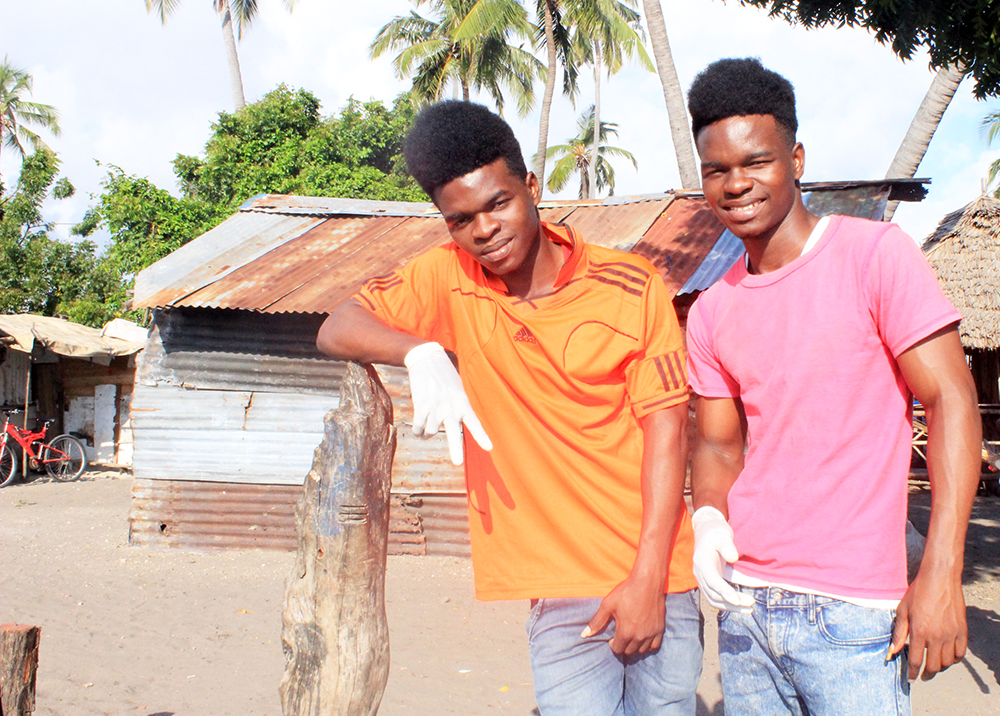 Twins Hassan and Hussein lent their support to the clean up day.

Friends Ally and Hussein both stayed on shore instead of going out fishing that day to help with the clean up. They worked hard all morning to gather up as much rubbish as they could. ‘It’s good to encourage people to get involved,’ said Ally. ‘Teaching the elders and parents is important, so they can teach their children. We need to motivate everyone to take care so we have a cleaner environment. We need to change their minds about how to deal with plastic.’

Hussein agreed. ‘There is a lot of disease as a result of all this rubbish. The fish eat the plastic and then we eat the fish. What can we do? We need to make plastic bags more expensive, because right now they’re so cheap and everyone uses them.’ 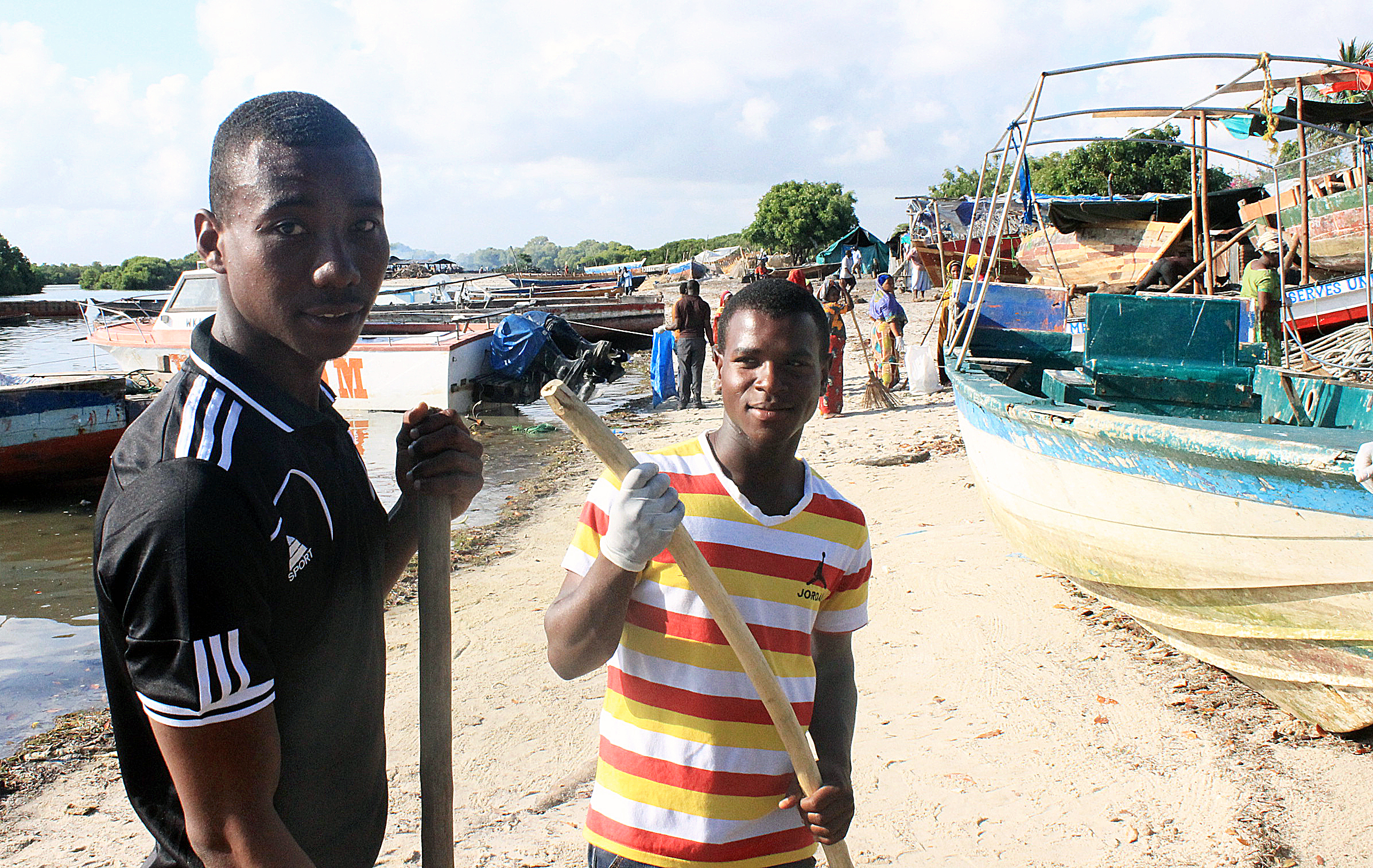 Ally (left) and Hussein (right) skipped a day of fishing to help with the clean up effort.

We hope that the environmental workshop and clean up day will inspire action in the community and encourage people to think more about the consequences of plastic waste.

A big thank you to Maureen Gituru and our friends at Nipe Fagio for organizing the clean up, and also our volunteers for helping out.

To stay up to date with what we’re doing in Kunduchi and our other projects, sign up for our newsletter!

Next post: 6 Ways to Keep Giving After You’ve Finished Volunteering Previous post: A volunteer’s story: Discovering Lifuwu, the village by the lake